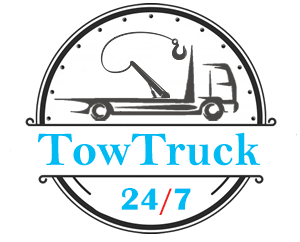 Towtruck247 is the most reliable 24 hours towing service at a cheap rate, and if your car has broken down, and you need to move it quickly, we’ve got you covered.

If you need fast and efficient breakdown assistance service in Swords, Towtruck247 is ready to help you day or night.

We at Tow Truck 24/7 understand that vehicle towing can be a stressful experience. The last thing one wants is to be waiting around Swords for a towing company to arrive. You can rely on our services for all your vehicle towing and transportation needs.

Towtruck247 cover on all the twelve motorways connecting to the M50. Swords is a large village with a huge number of cars and population.Swords Towtruck247 can help you with vehicle breakdown, car accident, roadside assistance, home jump start and more. If you need a vehicle recovery or roadside assistance in Swords, our affordable team can take care of your problems.All of our drivers are on-time, with good manners, well-informed, and trained effectively, so they can handle an array of situations with towing your vehicle in Swords so you can be assured that your car is in the right hands.So if you require our expert car towing and breakdown assistance services anywhere in Swords area than just give us a call!

Breakdown on the side of the road or the need for a car recovery in this area can be a stressful experience, and also one of the worst situations that drivers can encounter within South Dublin area, calling us means a safe and reliable car recovery. We’re a local company in Swords who know the need to return on the road as soon as possible with no stress. Our reputation for fast response, when a car needs a lot of attention is what keeps people coming back time and time again. So if you require our expert car towing and breakdown assistance services anywhere in the village of Swords then don't hesitate, just give us call!

We can jump start Car, motorbike, van and commercial vehicle with 12 volt battery. Whether you are in Swords, at home or at your work place and your battery dead, call Towtruck247 team. Not everyone can provide safe jump start or battery replacement for your car. Our professionals team make sure that all safety measure will be respected before your car jump start procedure is started. If the jump start does not work for your vehicle, we then offer you vehicle recovery to a garage of your choice or we can offer you a  battery replace service.
Looking for Towing Swords? Get a free qoute.

Looking for new car battery fitted and you are located in Swords? If your vehicle doesn't start because you have battery problem this can be a bad issue. We will attend to your vehicle, test the battery for performance and jump start the flat battery or supply and fit a battery replacement on the spot. If you or a friend will try to replace the battery, there is a very high possibility that it can cause some injury. This is because the car batteries is highly inflammable and has heavy weight. We will get a new car battery by reg. Number of the car from a verified car parts shop like Irishautoparts Because car batteries are so different and every make of car has a proper type of battery. If a car has a small engine should be fitted a battery with fewer amps and for a powerful engine need a battery with more amps. Get a Free Quote

Swords is the county town of Fingal and a large suburban town on the Northside of Dublin. Lying ten kilometres north of the city centre, on the Ward River, and reputedly founded
around 560 A.D., it features a restored medieval castle, a holy well
from which it takes its name, a round tower and a Norman tower. Near to
Dublin Airport, Swords is also home to one of the Dublin region’s larger shopping centres, The Pavilions,
extensive other retail facilities and a range of industries. Extensive
suburban housing estates lie around the town centre, with several parks
and many schools and sporting facilities.

Fingal County Council’s Strategic Vision for Swords is to create a sustainable “new city.” The Council has referred to Swords as an “emerging city” and it projects that the population of Swords will rise towards 100,000 by the year 2035. The town is the seventh-largest urban area in the country, and the third-largest in County Dublin, after Dublin City and Tallaght.

In 2012, Swords was named the third best town in Ireland to live in. The survey conducted by Retail Excellence Ireland took into account safety, retail, dining, entertainment, events, car parking and overall attractiveness of the town. Since the mid-1990s Swords has seen improvements in shop fronts, public buildings and footpaths and the restoration of Swords Castle.

Towtruck247 is now there in Swords area! If you are got stuck in Swords and need help with car towing and breakdown assistance services anywhere in the town of Swords then just give us call! We offer towing & roadside assistance of vehicles in Swords.

In the case of accident call the best car towing Swords company. Our equipment used for towing are are always checked and under all safety rules. To contact a competitively-priced Tow Truck Swords company, give us a shout and in a couple of minutes we will be on the way to you.